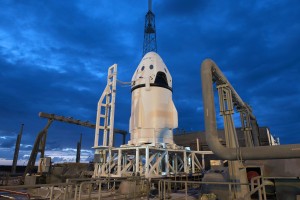 Watch the SpaceX Dragon pad abort test LIVE, a system designed for the company’s new commercial crew capsule that plans on carrying astronauts to the International Space Station by 2017.

In case of emergency, the abort system flings the astronauts out of harm’s way as quickly as possible, basically acting like an ejector seat for astronauts. 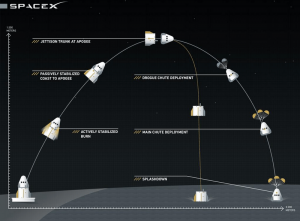 “We’re proud to have a launch escape system in case the Falcon 9 is having a bad day, the Dragon crew can get to safety. It’s a capability we had on Gemini and Apollo, and we have it on the Soyuz, but we did not enjoy that on the shuttle. We’re bringing that back to try and make sure our crews are super safe,” said Garrett Reisman, a former astronaut and current director of crew operations at SpaceX to Spaceflight Now. “It doesn’t last long. The boost phase is only a few seconds, and it’s pulling almost 5 G’s when it’s coming off the pad, so it’s going to get out of here in a hurry. My advice to you, if you go outside to watch it, is don’t blink.”

A dummy will get to experience approximately 5 G’s at takeoff, as the Dragon spacecraft is expected to travel 328 feet in a scorching 2 seconds.