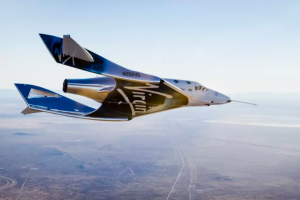 Only a few years removed from its tragic crash back in 2014, Virgin Galactic has hit a major milestone in resuming its goal of private spaceflight.

The company’s VSS Unity, AKA the new SpaceShipTwo, successfully completed its first glide test after traveling for 10 minutes at Mach 0.6 or lower.

While it may not seem like much, the test is the first of many Virgin Galactic will perform in order to accrue data regarding how the VSS Unity performs in real life.

All in all, the successful glide test will help Virgin begin 2017 on a positive note and gets the company back on track for its private spaceflight dreams.