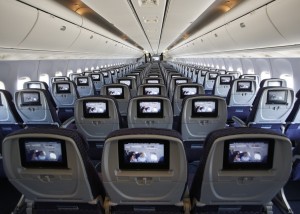 United Airlines is reportedly contemplating whether to exchange aircraft orders it has placed with Boeing for larger 777-300ER jetliners, a decision the company is actively discussing.

United spokeswoman Megan McCarthy said in a statement, We “have the ability to negotiate the substitution of certain aircraft types for other aircraft types as part of our flexible fleet plan, and we are considering the Boeing 777-300ER in this context.”

McCarthy did not reveal the planes United is looking to switch out, however she did say United Airlines is NOT looking to place new orders for wide-body aircraft.

Currently, United owns zero 777-300ER planes, but the airline operates 74 variants of that aircraft mostly for flights that entail trips across the Pacific Ocean.

While Boeing did not have much to say on the matter, a spokesman for the company did say, “We always work with airlines to meet their specific fleet needs.”