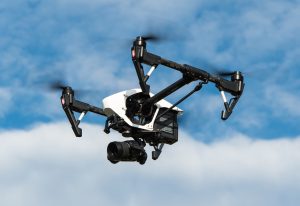 Is there anything that is still secret in our digital world today? How secure is your everyday movements, day to day routines and most intimate information? Are we really protected by firewalls and passwords to secure our most precious information? Have we become so gullible to accept the big banners on software promotions promising just that?

The most sold drones in U.S. and North America are manufactured in China with DJI Technology being the biggest distributor. DJI Technology has a market share of almost 80%, according to an industry analysis.

“We could pull information down and upload information on a flying drone,” Watkins said. “You could also hijack the drone. Someone who was interested in, you know, where a certain pipeline network was or maybe the vulnerabilities in a power utilities’ wiring might be able to access that information,” he noted.

The vulnerabilities stem from the server hosting the drone management and maintenance information. According to DJI, random information regarding location, flight information and video clips are uploaded to the server and is vulnerable to hacking (or sharing with the Chinese Intelligence).

The DHS drone alert comes a week after an executive order from President Donald Trump effectively banning the sale of Huawei telecoms equipment in the US.

Image by Thomas Ehrhardt from Pixabay