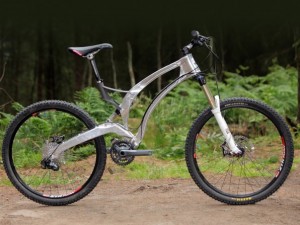 The MX-6 bike is very strong and approximately a third lighter than traditional metal bike frames.

There was initially concern over how a 3D printed bike would hold up in strength testing but so far the results have been startling. MD of Empire Cycles, Chris Williams, says “We’ve tested the seat tower in a test lab, and it’s extremely strong. It quadrupled the European standard requirement for the component.”