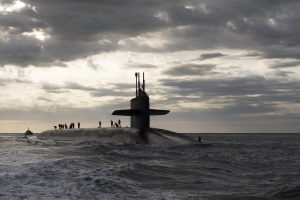 The U.S. Navy Ohio class submarines are reaching their age out date. The current 14 Ohio-class ballistic missile submarines have been in service between 1981 and 1997.

Congress passed funding for the Virginia submarines in the form of an upgrade called “Virginia Payload Module” or VPM’s, meaning that the Virginia’s Tomahawk strike missile load-out will increase from 12 to 40 by inserting a module increasing the length of the submarine.

On the 23rd of May, technology and production amalgamated when a steel cutting ceremony took place where the first steel plate was cut with a plasma-burning machine and using an all-digital blueprint to aid in construction.

The U.S. Navy submarine facelift will form a powerful deterrent against a surprise land nuclear attack on American soil and any of its Allies.

Image by David Mark from Pixabay