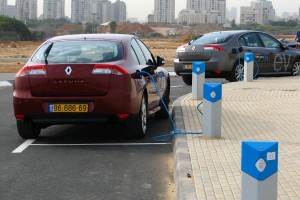 In an effort to a world leader in sustainable energy, France is pondering the idea of banning the sale of all petrol and diesel vehicles by 2040.

France’s minister of ecological and solidarity transition, Nicolas Hulot, stated, “We are announcing an end to the sale of petrol and diesel cars by 2040. Our [car]makers have enough ideas in the drawer to nurture and bring about this promise … which is also a public health issue,” he said, according to The Guardian.

The initiative has been well received, as it is a progressive move the administration and also gives a reasonable amount of time for auto manufacturers to get onboard.

France joins a growing list of European countries enacting or planning to enact similar plans. Norway has set a target for only allowing the sale of electric and plug-in hybrid cars by 2025, whereas Germany and the Netherlands are working on implementing similar bans.

Of course, there is the possibility electric cars take over conventional vehicles even quicker than France expects, before 2040, so it remains to be seen how the ban will work out.