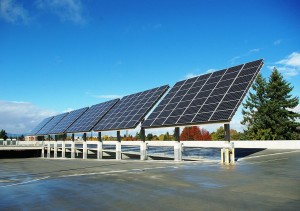 The International Trade Commission has determined that American companies are being negatively affected by importing cheap solar panels from overseas.

It remains to be seen what the ruling means for the future of America’s $29 billion solar industry, which has taken off in recent years, but many in the space fear solar energy becoming more expensive.

At the moment, it is cheaper than ever, however banning cheap foreign imports could prove fatal to both current and future solar projects.

On the other hand, some argue American solar panel companies stand to benefit from the decision, as they are currently struggling to compete with cheap panels from the likes of China, Mexico, and South Korea.

The Solar Energy Industries Association warned that implementing import duties and a floor price of 78 cents a watt for panels could potentially double the price of solar.

If this is indeed the result, solar demand in the US could be completely demolished, resulting in countless Americans losing their jobs.