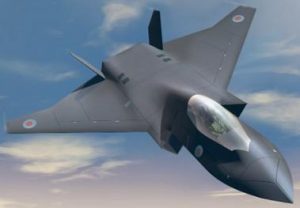 The U.K. is investing $2.65 billion to become the first nation in the world to have a fleet of hi-tech unmanned fighter jets. A full-size model of the U.K.’s proposed next-generation jet fighter, called “Tempest,” was unveiled at the Farnborough International Airshow, held at the Farnborough Airport in Hampshire, U.K., last month. If all goes well, the aircraft will be operational by 2035.

Tempest aims to dominate the skies in the future

Tempest supports hypersonic weapons, which can go beyond the speeds of MACH 5. It will be armed with lasers, use swarming technology with artificial intelligence, and employ machine learning to hit its targets.

A bold move by Britain after Brexit

Recently, the U.K. has been excluded from a Franco-German fighter jet project to build an advanced “European” fighter to replace Dassault Aviation’s Rafales and Germany’s Eurofighter Typhoons. Britain hopes that the airplane will help maintain its status as a “tier one” military power after Brexit and overcome its reliance on the U.S. for the military capabilities.