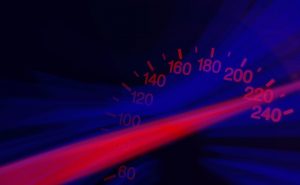 Image by Gerd Altmann from Pixabay

It is no secret that most of the traffic accidents happen due to speeding and through the years, authorities have tried to mitigate them by setting stringent speed limits. However, it turns out that this is not enough. Despite the speed limits, motorists still drive faster than it is appropriate for the road, which is why the EU plans to limit the vehicles themselves from 2022.

More precisely, the EU plans all new vehicles that will be produced and sold from 2022 to have intelligent speed assistance systems as standard equipment. According to Elżbieta Bieńkowska, a European Commissioner, most of the accidents that happen in Europe are due to human error, with 25,000 people killed annually. She also added that the proposed speed limiting systems “can have the same kind of impact as when the safety belts were first introduced.”

The intelligent speed assistance system is part of several active systems that support the driver, including automatic emergency braking and electronic data recorders that help for a more detailed investigation into the accident. They will work with the help of cameras and GPS sensors, that will monitor traffic signs and GPS data. The idea is the system first to alert the driver of the speeding and then slow the vehicle to the appropriate speed. That said, the system will let the car accelerate when the accelerator is fully depressed for quick overtaking.

There are still hurdles to overcome to have fully functional speed assistance and limiting systems. The European Automotive Manufacturers Association has some worries about the implementation of this technology, saying that “many infrastructure-related issues holding back its widespread application.” For example, road signs are still not standardized across European countries, and the maps installed in some vehicles lack the appropriate data. On top of that, people often lose focus when they rely on active systems such as the proposed one.

That said, if implemented right, these technologies can have a groundbreaking effect on the safety on European roads. “There have only been a handful of moments in the last 50 years which could be described as big leaps forward for road safety in Europe. The mandatory introduction of the seatbelt was one, and the first EU minimum crash safety standards agreed in 1998, was another. If last night’s agreement is given the formal green light, it will represent another of those moments, preventing 25,000 deaths within 15 years of coming into force,” said Antonio Avenoso, executive director of the European Transport Safety Council.