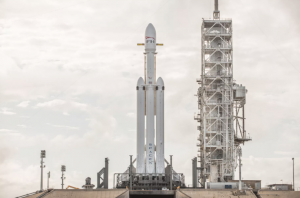 The static fire test for SpaceX’s Falcon Heavy Rocket went swimmingly last week so now it appears all systems are go for an official launch date.

Aiming for first flight of Falcon Heavy on Feb 6 from Apollo launchpad 39A at Cape Kennedy. Easy viewing from the public causeway.

According to Elon Musk, the private space company is planning to launch the rocket for the first time on Tuesday, February 6th from Cape Kennedy in Florida.

A special rocket, one of the most powerful the world has ever seen, requires a special launchpad.

The Falcon Heavy will launch from launchpad 39A, which once launched Apollo and Space Shuttle missions, and will be a sight to behold.