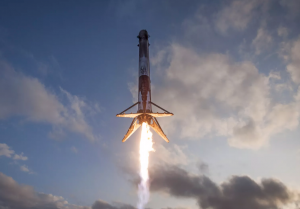 SpaceX continues to do the unthinkable.

Last week, the private space giant successfully landed a used Falcon 9 rocket on one the company’s drone ships in the Atlantic Ocean.

The endeavor marks a historic mark in space transport, representing the first time ever SpaceX reused and landed one of its rockets.

The Instagram video below shows the Falcon 9 touching down like a feather on the floating barge, constituting the sixth successful attempt overall and first time SpaceX landed a rocket which had already been to space.

There is no doubt that the future of space travel is bright!

Falcon 9 landing on the "Of Course I Still Love You" droneship after delivering SES-10 into orbit.