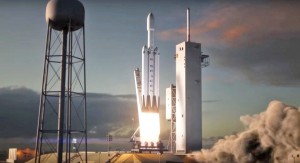 Elon Musk has announced that SpaceX has completed testing on all three of the Falcon Heavy rocket’s first stage cores.

Now, the plan is to hopefully launch the rocket for the first time in November.

In a recent tweet, Musk showed off a video of a static test of one of the Falcon Heavy cores.

The Falcon Heavy, which is essentially the Falcon 9’s banded together, will enable SpaceX to launch upwards of 140,000 pounds of cargo into orbit.

Now, it appears we will finally get to see the large SpaceX rocket in action after numerous delays.