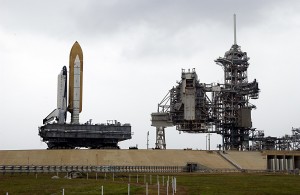 On February 1st 2003, Columbia and her crew were lost on re-entry. The Columbia Accident investigation Board, determined the failure was caused by a foam strike on a leading edge of the orbiter’s wing during its ascension phase. During re-entry the damaged wing, exposed to the heat of re-entry, slowly overheated and came apart ultimately leading to the complete loss of the vehicle and her crew. 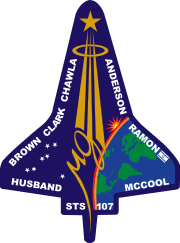 The investigation after the accident revealed that the bolt catcher, a piece connecting the main fuel tank and the solid rocket boosters, may have failed during separation leading to the loss of the shuttle. A redesign was recommended.

The two piece construction of the pre-Columbia design consisted of a flange, made from 2219 Heat Treated and cold worked aluminum, and a dome, spin formed from 2219. The assembly was welded and heat treated to Military standards. The cylindrical wall of the dome was 0.125 inches thick. The interior of the dome contains a honeycomb of 5052 alloy to collect the pieces of bolting material separated by pyrotechnics during the separation phase.

The re-designed one piece structure was machined from 7050 Aluminum with a higher strength (64 KSI vs. 42 KSI). The wall thickness of the dome was increased to 0.250 inches. The mounting fasteners were re-evaluated as well, leading to a replacement from A286 alloy (180 KSI) to MP35N (260 KSI).