Relive SpaceX’s Historic Falcon Heavy Launch In All Its Glory 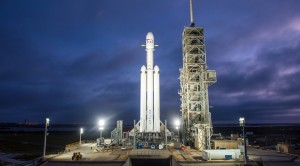 Perhaps overshadowing the launch was Elon Musk’s idea to also release a Tesla Roadster into space, which managed exceed Mars’ orbit and continue on into the Asteroid Belt.

Relive the highlights below, which includes live views of Starman: