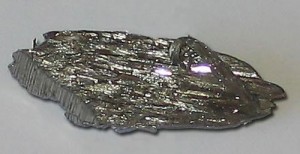 A rare metal alloy to be used for industrial applications has been created by researchers at Kyoto University’s Institute for Integrated Cell-Material Sciences (iCeMS), led by Hiroshi Kitagawa.

The team of researchers were able to combine palladium and ruthenium, two metals which typically react like oil and water when put together.

Even when palladium and ruthenium are liquefied at 2000 degrees celius the two metals won’t mix, but the iCeMS team combined the metals at the atomic level, enabling the researches to overcome the challenge.

The brand new metal acts as a substitute for rhodium, at one third of the cost. Rhodium is known for its use in automobile exhaust parts, but the newly created metal is just as robust and much like rhodium can eliminate nitric oxide from exhaust.