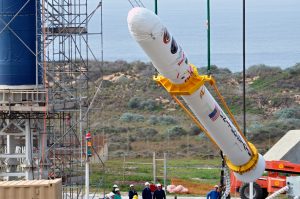 In a settlement agreement, an Oregon aluminum extrusion manufacturer, Sapa Profiles, Inc., has agreed to pay $46 million to NASA, the Department of Defense, and others to resolve criminal charges and civil claims relating to a 19-year fraud scheme.

According to investigators, inferior quality aluminum products from SPI are directly responsible for the loss of NASA’s Orbiting Carbon Observatory (OCO) and Glory missions. In 2009, the OCO failed to reach orbit when the payload fairing covering the satellite didn’t separate from the rocket. The Glory atmospheric science mission in 2011 also failed because the fairing did not separate causing the overweight rocket to crash into the Pacific Ocean.

In 2015, SPI was suspended from all government contracts when the lab director, who was proven to be the mastermind behind the scheme, pled guilty and was sentenced to 3 years imprisonment and had to pay a restitution of over $170,000. This is a fraction of the $700 million and years of people’s scientific work lost.

“For nearly two decades, SPI and its employees covered up substandard manufacturing processes by brazenly falsifying test results,” said U.S. Attorney G. Zachary Terwilliger for the Eastern District of Virginia.  “They then provided the false test results to hundreds of customers across the country, all to increase corporate profits and obtain production-based bonuses.  This proposed resolution ensures that the victims of this conduct, including the U.S. military, can replace faulty product put into the supply chain and help recover the costs foisted on taxpayers to investigate this scheme.  I want to thank our partners at NASA-OIG, DCIS, and the FBI for their efforts in helping bring much-needed oversight and reform to these companies.”