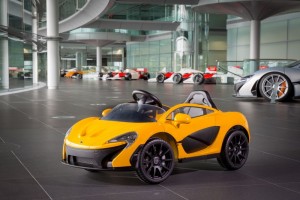 British car giant McLaren, like most automakers these days, is working on developing electric vehicles.

Featuring a top speed of 3 miles per hour, the company calls the P1TM the “the most compact car yet to wear the McLaren badge.”

The following is an excerpt from McLaren’s press release explaining what differentiates the P1TM from its bigger brother, the P1:

Firstly, it has a central driving position, just like the iconic McLaren F1. Then secondly, the young will be able to experience what adults never could: an open-top McLaren P1™. Yet cleverly the design still retains McLaren’s signature dihedral doors. And like every McLaren, its acceleration is startling. The zero to maximum speed dash takes just two seconds. 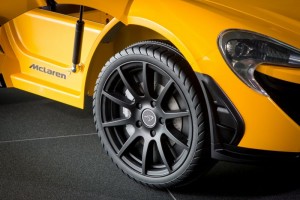