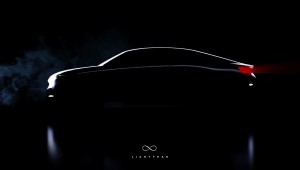 Considering the many problems associated with air pollution and the fact of worldwide climate change, electric cars give us the hope of building a cleaner and greener future. However, present battery technology, which requires frequent time-consuming recharging, and the lack of well-distributed charging stations combine to make electric cars less preferable.

But things are going to change as Lightyear, a Dutch startup company, has developed an electric car that can be driven for months without charging. The company won a Climate Change Innovator Award at the 2018 CES (Consumer Electronics Show) in Las Vegas for this innovation.

Known as Lightyear One, the “car that charges itself” can be completely charged by solar energy. Here are some of its features:

“Lightyear One charges using solar power, regular household plugs, and existing heavy charging infrastructure, making electric driving possible for everyone. Lightyear One is the next step in driving: The electric car that can charge anywhere.” – Lightyear