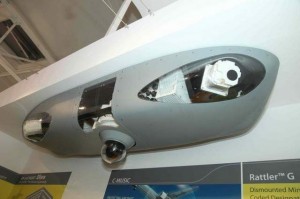 This technology has been in for years after an attempt by terrorists to shoot down an Israel charter plane in 2002.

By integrating thermal cameras and advanced laser detection and disruption technologies, commercial jets are able to detect incoming missiles and shoot a laser to disrupt the missile’s flight path.

After jamming the missile navigation system, the missile is steered off course where it is detonated safely away from the aircraft.

“SkyShield has been validated under the most complex and sophisticated testing conditions ever conducted in Israel and is now ready to protect Israeli airlines,” said Israel Air Force Brig. Gen. Eitan Eshel, director of research and at Israel’s Defense Ministry.