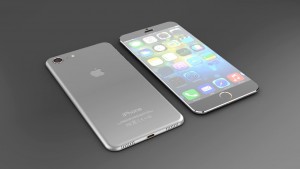 Apple first introduced using 7000-series aluminum on its watch, an alloy it will now reportedly use as the shell for the iPhone 6s.

The supposed iPhone 6s shell acquired by Unbox Therapy shows high concentrations of zinc, indicative of 7000-series aluminum, and much harder than 6000-series.

“For Apple Watch Sport, we started with 7000 Series aluminum — the same used in competition bicycles,” Apple says on its website. “We altered it to create a new alloy that’s just as light, yet even more durable — it’s 60 percent stronger than most aluminum, and one-third the density of stainless steel.”

Using 7000-series aluminum on the new iPhone would make perfect sense after many people reported bending issues with its predecessor.

The “bend test” below suggests you will have to do something rather drastic, like throwing your iPhone 6s against the wall, in order to experience severe bending issues.