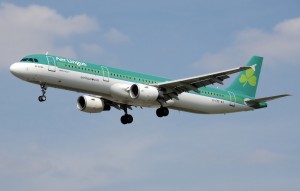 The previous two takeover offers from IAG were shot down by Aer Lingus but the company appears interested in the third takeover bid.

“The board of directors of Aer Lingus confirms that it has received a revised proposal from International Consolidated Airlines Group (IAG),” Aer Lingus said in a statement.

“The revised proposal remains conditional on, amongst other things, confirmatory due diligence, the recommendation of the board of Aer Lingus and the receipt of irrevocable commitments from Ryanair Limited and the Minister for Finance of Ireland to accept the offer.”

The biggest single shareholder in Aer Lingus, Ryanair, has also attempted to buy the Irish-based airline three times in past 7 years with no luck.