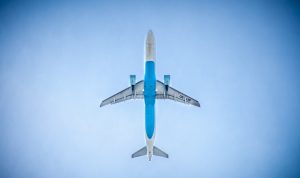 Everyone agrees that electric propulsion is the future in mobility, both in the automotive and aerospace sector, but there are still mountains to climb before it becomes the de facto standard. It will be especially hard to make an electric airplane for passengers and cargo that can fly over long distances because batteries are very heavy when compared to jet fuel with the same energy density.

The team consisted of Assistant Professor Phillip Ansell and doctoral candidate Gabrielle Wroblewski made a flying simulation of the Tecnam P2006T airplane, which is a small twin-engine aircraft manufactured in Italy. First, they made a simulation with the planes existing engines and then with a hybrid-electric propulsion system to see if there will be gains fuel consumption, range, and emissions. More precisely, they used the measurements to simulate how different parts of the hybrid-electric powertrain, such as the batteries and level of electrification, will improve the overall impact on efficiency.

This figure shows the a) parallel and b) series drivetrain models. From University of Illinois

This is very important, as just adding batteries may increase the weight of the airplane so much that it becomes less efficient. They also simulated both series and parallel architecture hybrid systems. After all of the simulations were finished, they found that parallel hybrid powertrains can substantially improve the fuel efficiency of aircrafts, especially for short-range flights, where the battery energy can be used to its full potential.

Ansell predicts that with the existing battery technology, this plane can fly around 80 nautical miles and that the electric system can give around 25% of the power. However, his predictions for the future are much brighter – “Fast forward to projections for lighter battery technologies for roughly the year 2030 and the same aircraft could fly two and a half to three times as far. The range increase is nonlinear, so the largest improvements can be seen for the most immediate improvements with battery specific energy density, with gradually diminishing returns for that same proportional increase in specific energy.”