How Can Bacteria Protect Roads from Deicer Deterioration 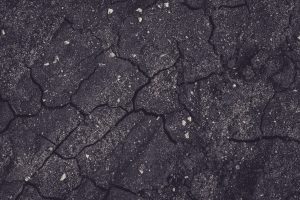 Photo by Markus Spiske from Pexels

“Road salts” (chemical compounds such as calcium chloride) have the use in de-icing of the roads throughout the world. The potholes they leave behind, however, can break down concrete and cause severe damages to the road. The Drexel University’s research shows how mixing bacteria and concrete can curtail the compound that destroys the concrete.

The compound that damages concrete is called CAOXY (calcium oxychloride). Except for causing the surface deterioration, it can wedge out pieces of concrete as it goes below the road surface before freezing.

The team found out they can use a specific type of bacteria, Sporosarcina pasteurii, to strengthen the cracks in the concrete. The bacteria creates a chemical reaction and makes calcium carbonate, which has led scientists to study it for concrete infrastructure repair.

Recently, bacteria has become a sustainable option for the production of bricks. Drexel researchers found out that the bacteria might also prove to be useful for preventing the de-icing-induced cracks.

According to EurekAlert!, Yaghoob Farnam, Assistant Professor at Drexel University’s College of Engineering and the research’s co-author, said “We knew the bacteria require calcium chloride to produce the calcite, which is a harmless compound. So if we could work out a way to have the bacteria present when the calcium chloride road salt hits the concrete it could interact with the bacteria and curtail the reaction that causes road degradation.”

Is Bacteria-Concrete Mixture the Future of Road Infrastructure?

Researchers’ method showed that the mixture makes concrete less prone to deterioration after exposure to road salts in winter conditions. As stated by Science Daily, “Because the bacteria occur in nature and are non-pathogenic, they would be an environmentally safe solution to the problem of road deterioration.”