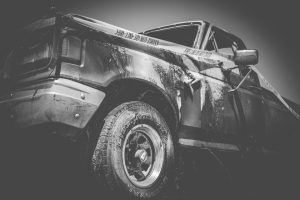 Photo by Tina Nord from Pexels

In December 2018, a quality engineer submitted a report to the company’s Speak Up for Safety program which resulted in an investigation which concluded that there were 19 fire claims caused by a faulty optional engine block cord. The faulty cord is only applicable to diesel engines where it is used to heat up the engine block in extreme cold weather conditions. Preliminary investigations revealed that the cord short circuits where it connects to the engine block, causing a in fire in the engine compartment.

This led General Motors to recall over 368,000 pickups and other trucks worldwide the Duramax diesel 6.6-liter, eight-cylinder engine and optional engine-block heaters in April 2019.

Customers may notice the following:

In the US, GM recalled the following trucks:

An additional 40 319 trucks were recalled in Canada while about 61,418 of the recalled trucks are held at dealerships until the cord issue can be fixed.

GM said it would contact customers via mail letters and that all repairs will be done free of charge. The NHTSA (National Highway Traffic Safety Administration) recall number is 19V-328.

GM can also be contacted online on the following URL: