Rumors have been confirmed that Ford is building the next F-150 with an aluminum body.

Using aluminum over steel for the truck body has many advantages, including shedding 750 pounds of weight off the vehicle. In addition, dings are easier to buffer back into shape and aluminum offers incredible corrosion performance, almost to the point where it does not corrode at all.

Unlike iron and most steel forming rust, aluminum forms a layer of aluminum oxide (Al2O3) which bonds with the surface layer of the aluminum and creates a shield from corrosion.

While aluminum, weight for weight, can cost as much as six times the price of steel, the 750 pound reduction results in a similar total production cost for the new F-150.

Currently, Al/Sc bodies for cars and trucks are a new idea with the primary applications being in bicycles, baseball bats, and wind turbines.

The Land Rover Series I first introduced aluminum alloys as car bodies over 60 years ago, in 1948, and including the Series I, II, and III, 70% of those cars with aluminum bodies are still on the road.

The statistic above bodes well for Ford’s new trucks. 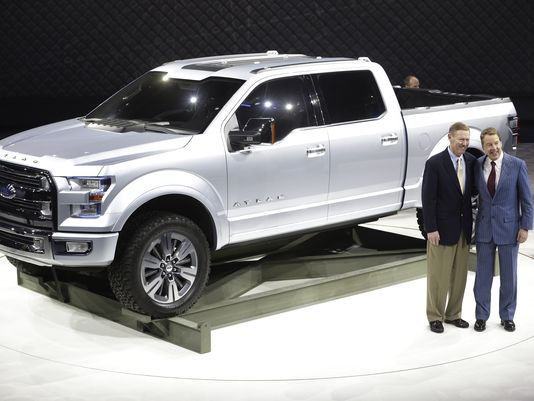