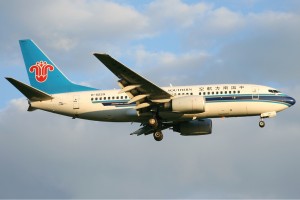 In 2006, the FAA required repairs from Southwest Airlines on Boeing 737 jetliners in order to “eliminate potential cracking of the aluminum skin on 44 jetliners.”

Now, reports have surfaced that Southwest did a lackluster job on the repairs and that the contractor in charge of the maintenance, Aviation Technical Services, did not follow mandated procedures.

According to the FAA:

During its investigation, the FAA found that ATS workers applied sealant beneath the new skin panels but did not install fasteners in all of the rivet holes during the timeframe for the sealant to be effective. This could have resulted in gaps between the skin and the surface to which it was being mounted. Such gaps could allow moisture to penetrate the skin and lead to corrosion. As a result of the improper repairs, these airplanes did not comply with Federal Aviation Regulations.

Southwest ignored the FAA’s warning against using some of the Boeing 737s in question and actually used the planes more than 20 times for passenger flights in 2009.

As a result, the FAA has issued a $12 million dollar fine against Southwest, of which the airline company has 30 days to negotiate.