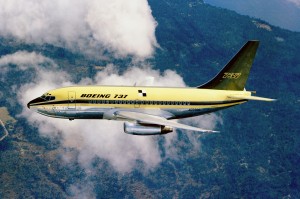 The United States Federal Aviation Commission has announced that airlines must replace cockpit displays on 1,3000 Boeing planes in order to eliminate interference from smartphones and other Wi-Fi devices.

Specifically, the airlines will have 5 years to do away with certain cockpit display units made by Honeywell International Inc found on Boeing’s 777 and 737 jets.

The FAA reports that the cockpit displays in question are extremely susceptible to interference due to Wi-Fi frequencies, sometimes causing blanking on the screens in the cockpit.

While replacing the units will cost a good chunk of cash at around $14 million, a price cannot be put on ensuring altitude, airspeed, and navigation data can be easily transmitted with no problems.