F-35 Failure Due To Excessive Rubbing Of Engine Blades, Says The Pentagon 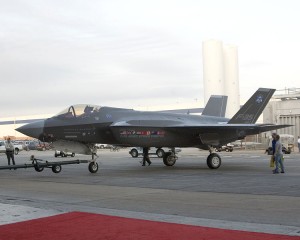 The Pentagon’s chief weapons buyer said this past weekend that the problem with the entire fleet of recently grounded F-35 fighter jets was due to “excessive” rubbing of fan blades in the plane’s Pratt & Whitney engine.

Luckily, it does not seem to be a design flaw which means the planes could indeed make their scheduled international debut at the upcoming Farnborough air show.

Engineers found a large amount of rubbing by the fan blades against a cowl which ultimately led to failure.

Marillyn Hewson, chief executive of Lockheed Martin, said, “People who understand the nature of take this in stride as normal discoveries in .”