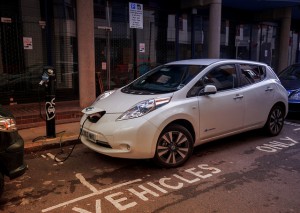 Countries around the world are taking steps to reduce air pollution and combat climate change.

The Indian government has taken a very wise and bold decision to make every car on its roads electric within 15 years.

As per India’s energy minister Piyush Goyal, each and every car sold in India will be powered by electricity by the year 2030.

Annually, India imports about $120 billion worth of oil. The move is intended to cut down on the fuel demand and reduce the cost of running the vehicles.

Mr. Goyal said, “We are going to make electric vehicles self-sufficient. The idea is that by 2030, not a single petrol or diesel car should be sold in the country.”

He is of the view that government would assist the electric car industry for two or three years. After that, he expects the production of the vehicles would be “driven by demand and not subsidy.”

The Ministry of Heavy Industries and the NITI Aayog (The National Institution for Transforming India) are already working on a policy for the promotion of electric vehicles.