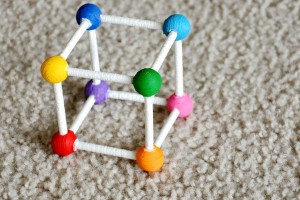 Much of the 3D modeling software available today isn’t nearly as intuitive, efficient, or even reliable as it should be.

Some of it is just flat out tedious to use which why researchers from North Carolina State University have developed a much easier solution which involves only a webcam and 3D-printed cube.

The corners of the cube feature spheres capable of being recognized by computer vision software developed by the team. A simple webcam can then track and record the cube’s movements and then input them into the 3D modeling software.

This unique controller system is called Captive and is extremely unique in the fact it is extremely cheap and easy to set up as opposed to its counterparts in the market.

“Basically, there’s no latency; no detectable lag time between what the user is doing and what they see on screen,” said Zeyuan Chen, lead author of a paper describing Captive, in a press release. “There are a number of tools on the market that can be used to manipulate 3-D virtual objects, but Captive allows users to perform these tasks much more quickly.”

Perhaps the most intriguing thing about Captive is how it could be applied to a wide range of industries, from medical to video games.