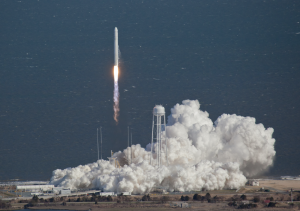 Oh Canada! The country is finally getting its own spaceport, meaning it no longer has to ship rockets all the way to Virginia to launch them.

Canadian space transport company, Maritime Launch Services, has announced plans to construct a spaceport in the town of Canso, on the eastern shore of Nova Scotia.

While the spaceport isn’t expected to be finished until 2022, construction on the project is supposed to begin next year.

Nova Scotia was chosen for the spaceport namely because it’s a location where frequent launches won’t affect large number of people.

In addition, most of the flight paths will be over water.

Once completed, the Canso spaceport will be not only Canada’s first commercial spaceport, but the country’s only operating one.

Cyclone 4 rockets built by Ukrainian rocket company Yuzhnoye will be the first to launch from the spaceport.