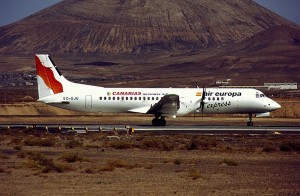 Spain’s Air Europa, owned by Globalia, has placed a $3.6 billion order for 14 of Boeing’s 787-9 Dreamliners in an effort to increase the airline’s number of flights and destinations by 50% by 2016.

Boeing reportedly booked the order in December but chose to disclose the agreement this year after data from 2014 revealed Airbus barely beat out Boeing for most jetliner orders.

Both companies are banking on a big year in 2015, ramping up production and unveiling new aircraft as lower fuel prices should increase air traffic.

Boeing is forecasting record profits for airlines this year, so needless to say, a $3.6 billion order is a great starting point.