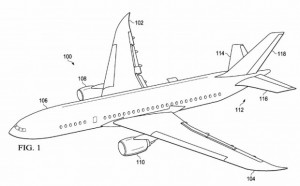 Boeing, a company already using 3D-printed aircraft parts, has reportedly filed for a broad patent under the title of “Three Dimensional Printing of Parts.”

Hulings added, “We have approximately 300 different part numbers on 10 different aircraft production programs, which amounts to more than 20,000 non-metallic additive manufactured parts that are on vehicles that we have delivered to our customers. The F/A-18 Super Hornet has approximately 150 parts in the forward fuselage area that have been produced through selective laser sintering.”

While a patent application like this appears to be a half-hearted attempt at controlling a broad market, Boeing cites a major reason for moving forward with the application involves stockpiling and waiting for parts.

Perhaps the most interesting part I learned from this whole ordeal is the fact Boeing has been working with 3D printing technologies since 1997, meaning they have probably developed more advanced techniques/processes than most companies who recently started exploring the 3D printing industry.