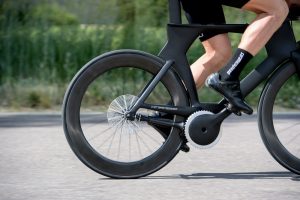 Bike parts manufacturer CeramicSpeed partnered with the University of Colorado’s department of mechanical engineering to introduce a chainless bicycle drivetrain concept. The revolutionary drivetrain, known as DrivEn, won the 2018 Eurobike Innovation Award at the Eurobike show, a major tradeshow in Germany.

According to Jason Smith, CeramicSpeed’s chief technology officer, “Advancements in drivetrain technology have been evolutionary since the 1920s. DrivEn is truly revolutionary given its unique rolling element power transfer and unmatched efficiency. The DrivEn concept has the ability to change the way the cycling industry views drivetrain design and drivetrain efficiency.” 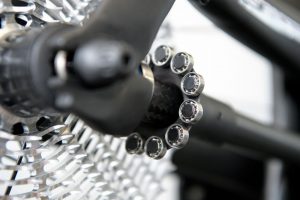 Here are some of the features of the DrivEn prototype:

Smith said, “CeramicSpeed has proudly accomplished what many have said couldn’t be done. We achieved a 99 percent-efficient multispeed drivetrain while eliminating the chain and complex rear derailleur.”