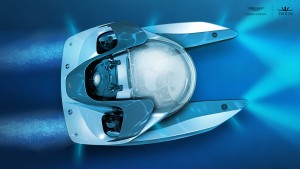 Aston Martin has collaborated with Triton Submarines to create a truly one-of-a-kind submersible.

The luxury carmaker says that the partnership “has shaped a unique concept that will lead to an exclusive, strictly-limited edition vehicle.”

At the moment, the sub is merely a concept, however it will eventually be able dive down to depths of approximately 1,650 feet and hit speeds upwards of 3.5 miles per hour.

In addition, the lightest three person sub in the world will reportedly be 5.9 feet tall and 8,800 pounds. 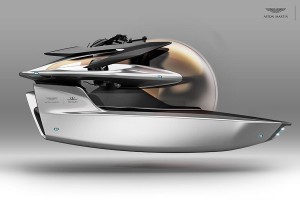 “Project Neptune is defined by its sleek, elegant exterior,” said Marek Reichman, executive vice president and chief creative officer at Aston Martin. “We have used forms and proportions that express the same devotion to design, engineering and beauty that shape our cars.”

If you have a few million dollars to throw around, look for your luxury submersible to ship at some point next year.