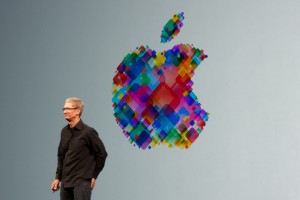 It’s a very poorly kept ‘secret’ that Apple has been working on self-driving vehicle technology, like most every other major tech company and car manufacturer.

Now, Apple CEO Tim Cook has hinted that the company’s autonomous systems will be for more than just self-driving cars.

“[Autonomous] systems can be used in a variety of ways,” Cook said during a call with investors recently. “A vehicle is only one, but there are many different areas of it. And I don’t want to go any further with that.”

Obviously, the applications for autonomous systems are plentiful, ranging from robots to drones.

“We are very focused on autonomous systems,” Cook added. “We do have a large project going, and are making a big investment in this. From our point of view, autonomy is sort of the mother of all AI projects.”