Apple Looking to Use Liquidmetal Alloys In Future iPhones? 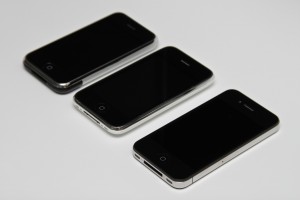 Apple is looking to feature a new and different material in its future iPhones, Liquidmetal alloys.

The alloy Apple plans to use is characterized by high strength and resistance to corrosion.

Speculation that Liquidmetal alloys will be used in future iPhones comes from the fact that Apple has already filed patents for 17 applications.

The alloy will more than likely be used to underlie the touch sensors of iOS devices to ensure more accurate touch sensing.

Other potential applications of the Liquidmetal alloy are pressure sensors, which are used in buttons in smartphones, and also as tamper-resistant screws to prevent people, companies, and any other kind of third parties from opening iPhones.