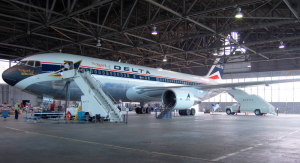 Amazon’s air-delivery service looks like its prepping for take off (no pun intended), after the company announced it will lease 20 Boeing 767 aircraft.

The Boeing 767 aircraft are being leased by a company by the name of Air Transport Services Group Inc.

Amazon’s cargo service plan doesn’t seem all that ambitious when you take into account the company also wants to do drone deliveries, and has already launched Amazon Fresh, in addition to a one-hour delivery service in numerous major cities across the US.

By bringing more and more services in house, Amazon sets itself up to make a lot more money in the grand scheme of things, potentially billions of dollars annually with its own freight and logistics offerings alone.