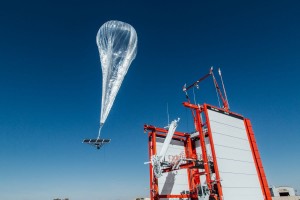 In collaboration with the Federal Communications Commission, the Federal Aviation Authority, FEMA, and other cellular spectrum and aviation authorities, Alphabet’s Project Loon has officially deployed its LTE balloons to Puerto Rico.

The ultimate goal is to help bring connectivity to areas of the island still experiencing the effects of Hurricane Maria.

AT&T, Loon’s official partner is helping the company bring its fleet of stratospheric helium balloons to the areas in question, which will enable residents with LTE-enabled smartphones to utilize text message and web browsing services.

“We’ve never deployed Project Loon connectivity from scratch at such a rapid pace, and we’re grateful for the support of AT&T and the many other partners and organizations that have made this possible,” the team wrote in a recent blog. “Thanks to the Pan-American and Puerto Rican governments’ aviation authorities and air traffic controllers, who enabled us to send small teams of balloons from our launch site in Nevada to Puerto Rico. Thanks also to SES Networks and Liberty Cablevision who helped quickly set up essential ground infrastructure so that the balloons could get internet connectivity.”