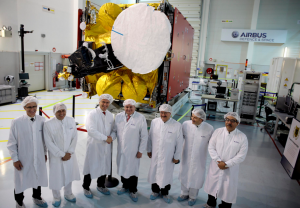 Airbus Group has named Siemens executive and former Renault research engineer, Dirk Hoke, the next head of the company’s Defense and Space division.

Europe’s largest aerospace group says the 46-year-old Hoke will progressively take over from Bernhard Gerwert in January, who is due to retire in mid-2016.