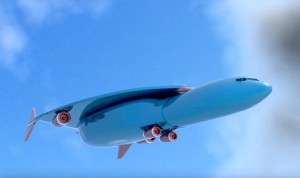 Airbus has officially been granted US patent approval for a new hypersonic passenger plane.

The new hypersonic plane is rumored to be called the Concorde 2.0, an ode to the original Concorde that was retired years ago and successfully flew passengers between Europe and the US in less than half the time of other aircraft at supersonic speeds.

Essentially, this means a flight to the United States would only take about an hour.

“Airbus Group and its divisions apply for hundreds of patents every year in order to protect intellectual property,” an Airbus spokesperson said about the patent filing.

“These patents are often based on R&D concepts and ideas in a very nascent stage of conceptualization, and not every patent progresses to becoming a fully realised technology or product.”

It will be a while before a supersonic or hypersonic flight to America becomes a reality.