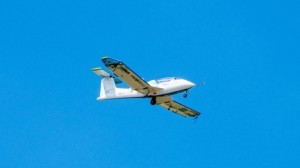 Airbus’s E-Fan 2.0 is the world’s first plane to have fully electric propulsion and represents a major breakthrough in the aviation industry.

Since the cost of fuel drives the prices of flying commercially up, developing a commercial electric passenger plane could result in much cheaper flights.

In fact, Inhabit reports a flight on “E-fan could cost only $16, compared to $55 for a flight in a petrol-powered plane of the same size.”

Airbus’s goal at the moment is to have a prototype electric passenger plane by 2030 but there are many challenges, much more so than developing electric cars.