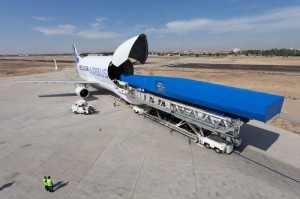 Airbus has announced the company will build a revised fleet of Beluga in-house transporter planes, essential for flying cargo between its key European factories.

The revised Beluga fleet will consist of five new aircraft, based on the A330 passenger plane, and Airbus believes the planes will be operational by mid-2019.