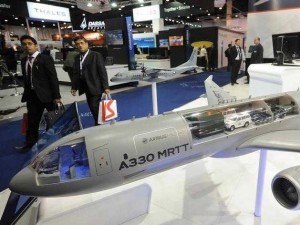 The deal is expected to be closed by the end of the year and features the Boeing 767-based KC-46 up against Airbus’ A330 Multi Role Tanker Transport (MRTT).

With the growing tension between South Korea and North Korea, one of these two companies could be in for a big payday as tanker aircrafts are needed to refuel fighter jets as well as other warplanes during flight.