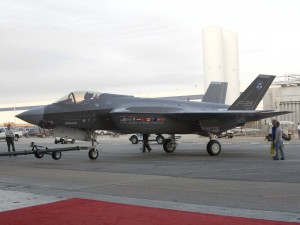 A few weeks ago, an F-35 A-model fighter jet caught fire on the runway during testing in Florida.

Now, the Air Force has decided to ground all F-35s for additional engines inspections as they look into the problem.

While the fire occurred in the rear of the plane, Air Force officials believe it was a “one-off” incident and that the rest of the jets should be fine moving forward.

Engine maker Pratt & Whitney has declared it is ready to help with the investigation should the Air Force need any moving forward.