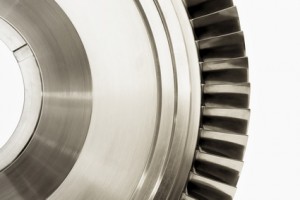 Jethete M-152 is a nitrogen bearing, hardenable 12% chromium martensitic stainless steel with high strength at higher temperatures, and excellent creep and corrosion resistance. It is supplied as hardened and tempered steel with very good toughness, creep rupture properties and temper resistance at temperatures up to 1040° F (560° C).

Due to its excellent mechanical properties at higher temperatures and good machining properties, Jethete M-152 can be used in high-stress environments, such as turbine blades and turbine discs in the aerospace industry, as well as screws, shafts, bolts, pings and rings used in high heat environments.

Thanks to the outstanding creep rupture strength, Jethete M-152 also finds use in mechanical parts, mechanical gears and drilling equipment. Jethete M-152 is similar to M-151 in most ways, with the difference being that the latter is mostly used for welding.

Jethete M-152 can be easily bent, drawn or spun in the once annealed state, maintaining constant feeds and speeds.

This alloy can also be very easily forged with the following treatment:

The first specification with AMS 5718 number is mostly used in parts that are used as structural components. This specification comes in the annealed state (treatment listed below) and can be heat treated further using hardening and tempering to achieve the desired hardness, toughness and creep rupture properties:

The second specification with AMS 5719 number is mostly used in the aerospace industry in high-temperature environments and has the same heat treatment. This specification differs from AMS 5718 by its double tempering process which gives the part additional hardness and elasticity.