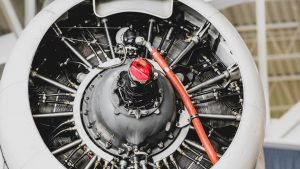 Steel 17-22A(S) is structural low alloy steel with high levels of Carbon, Chromium, Molybdenum, Manganese, Silicon, and Vanadium. It is a version of Steel 17-22A, but with higher Chromium content, which gives it slightly higher hardenability and corrosion resistance. Steel 17-22A(S) also possesses excellent machinability and toughness.

According to some findings in “Symposium on Strength and Ductility of Metals at Elevated Temperatures”, Steel 17-22A(S) is superior to ferritic stainless steels at temperatures below 1100°F (593°C) when it comes to unnotched rupture strength, but offers lesser performance at temperatures higher than 1100°F (593°C).

The Steel 17-22A(S) has a 1000-hour rupture strength at 1100°F (593°C) of 30,000 psi, which makes it an excellent choice for high-temperature applications. However, some independent tests show that the Steel 17-22A(S) is notch-sensitive at rupture times over 100 hours, with severe cracking at higher temperatures. That’s why it is highly recommended parts made of Steel 17-22A(S) to be designed without sharp notches, which will somewhat reduce the chance of cracking to occur. This is especially important for parts that will be used in highly-stressed equipment exposed to higher temperatures.

Like other low alloy steels, Steel 17-22A(S) can be welded using all traditional welding methods, including arc welding and gas welding. For best results, the use of the Steel 17-22A(S) welding wire is recommended, which has the AMS 6458 designation. Before welding, it is recommended that the parts are preheated to 600°F (315°C), followed by stress relief or post-heating.

Tempering the Steel 17-22A(S) at any temperature up to 1100°F (593°C) increases the hardness of the as normalized material. The usual heat treatment for 1-inch diameter parts is: