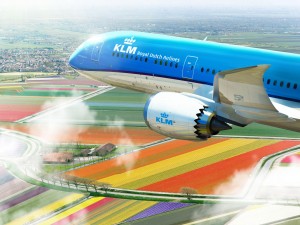 A ceremony was held this past weekend to commemorate the delivery of the plane at Boeing’s assembly line in Everett, Washington.

“We are very proud to welcome our first Boeing 787 Dreamliner today,” KLM CEO Pieter Elbers said in a statement timed to Saturday’s delivery. “This aircraft symbolizes a new phase in the future of KLM. Investment in our customers is one of our priorities. This efficient aircraft is part of that investment.”

The Boeing 787 Dreamliner, acquired via leasing company AerCap, marks the first of 20 expected to put into service by the airline.